In Malta, these festivals are something we all look forward to during the summer season! Since our summer is relatively long, there a quite a few festivals happening. Having said that, we are going to look at my favourite festivals during this newsletter. 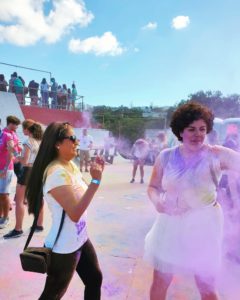 This festival is also known as the "Festival of Colors" or the "Festival of Love". The festival is celebrated in many countries and Malta is one of them. The Holi Fest celebrates the arrival of spring as well and the relationships between people.
During this festival, powdered colors are given to  the party goers to then spread them around. It is a mix of colors and music.
The Holi Fest was held on the 1st of May in Malta, it is also when Labour/Workers Day is celebrated! 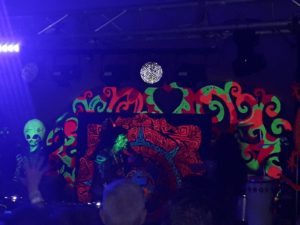 Another very popular event in Malta is the Earth Garden Festival. This year, it is held between the 31st of May till the 03rd of June.
The purpose of this festival to to raise  environmental awareness in a safe and friendly atmosphere. Earth Garden has become somewhat a tradition on the Rock as this is its 12th year since it was first held.
During this festival, a lot of local and foreign artists play music, sell art and other eco-products.
The fun part of this festival is that people get to camp in the woodlands of Ta Qali!

The Isle of MTV has been running for 13 consecutive years. It has always been held on the same spot in Floriana. This year it will be held on the 09th of July. 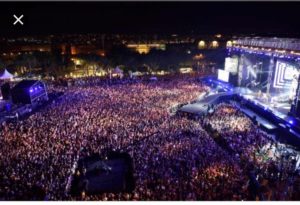 Being a free and open concert to all, made it an attraction not just for the locals but also for many tourists. In fact it is easy to see the influx of tourists on the Island during the Isle of MTV Festival and the Music Week.
Famous artists like David Guetta, Lady Gaga, Maroon 5, Enrique Iglesias and many many others have been part of this festival!

Unite with Tomorrow Land is a unique 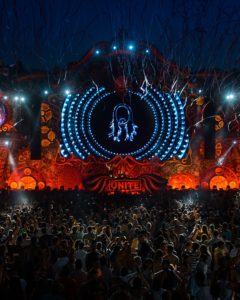 concept and experience. The main Tomorrow Land venue is Belgium, however it is an event held in many countries in Europe. This day in Malta will feature live music from locals and also international artists,as well as a live stream of the main event in Belgium. Tomorrow Land will be held on the 27th of July in Malta as opposed to the longer festival in Belgium.
The idea behind this special festival is to feel a connection globally. Hence why the special effects will all be synchronized with the ones in Belgium!!

Other Things To Do in Malta

Best Beaches on the Island